The Once in a Lifetime Alignment
Editorial, Type Design

The Voyager mission is the longest running space mission in the world, and still going. With 44 years under their belt, the two probes have made incredible discoveries. However, not only are they the longest running mission — they are also the furthest two man-made objects from Earth in existence. A mission that truly deserves celebrating.

The result is a nine metre long timeline, highlighting their discoveries and long journey into the total darkness of interstellar space. It also features a custom built eight-bit version of Helvetica, as the transmitters within the probes are no stronger than the lightbulb in your fridge but yet we continue to communicate and learn from them everyday. 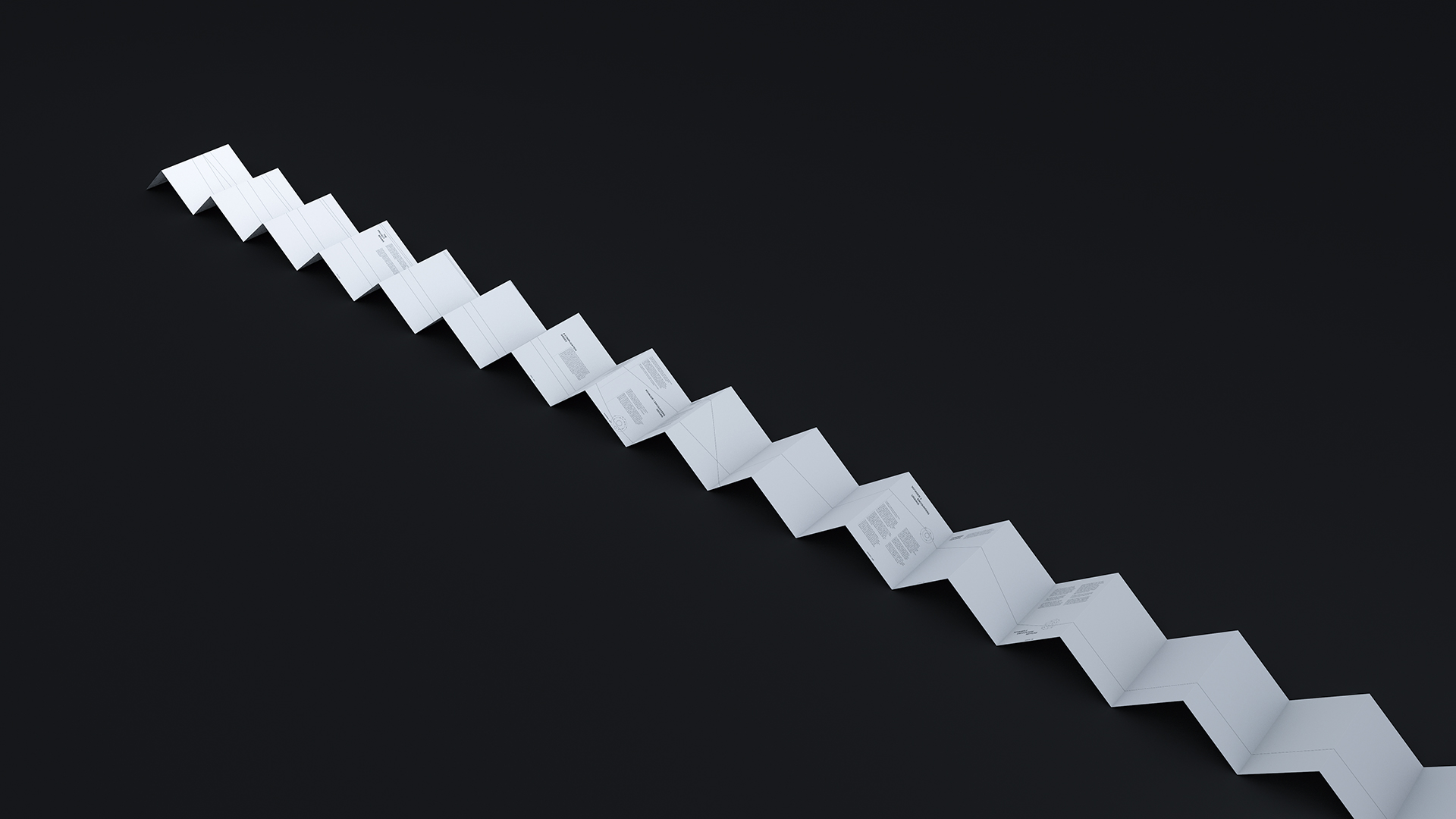 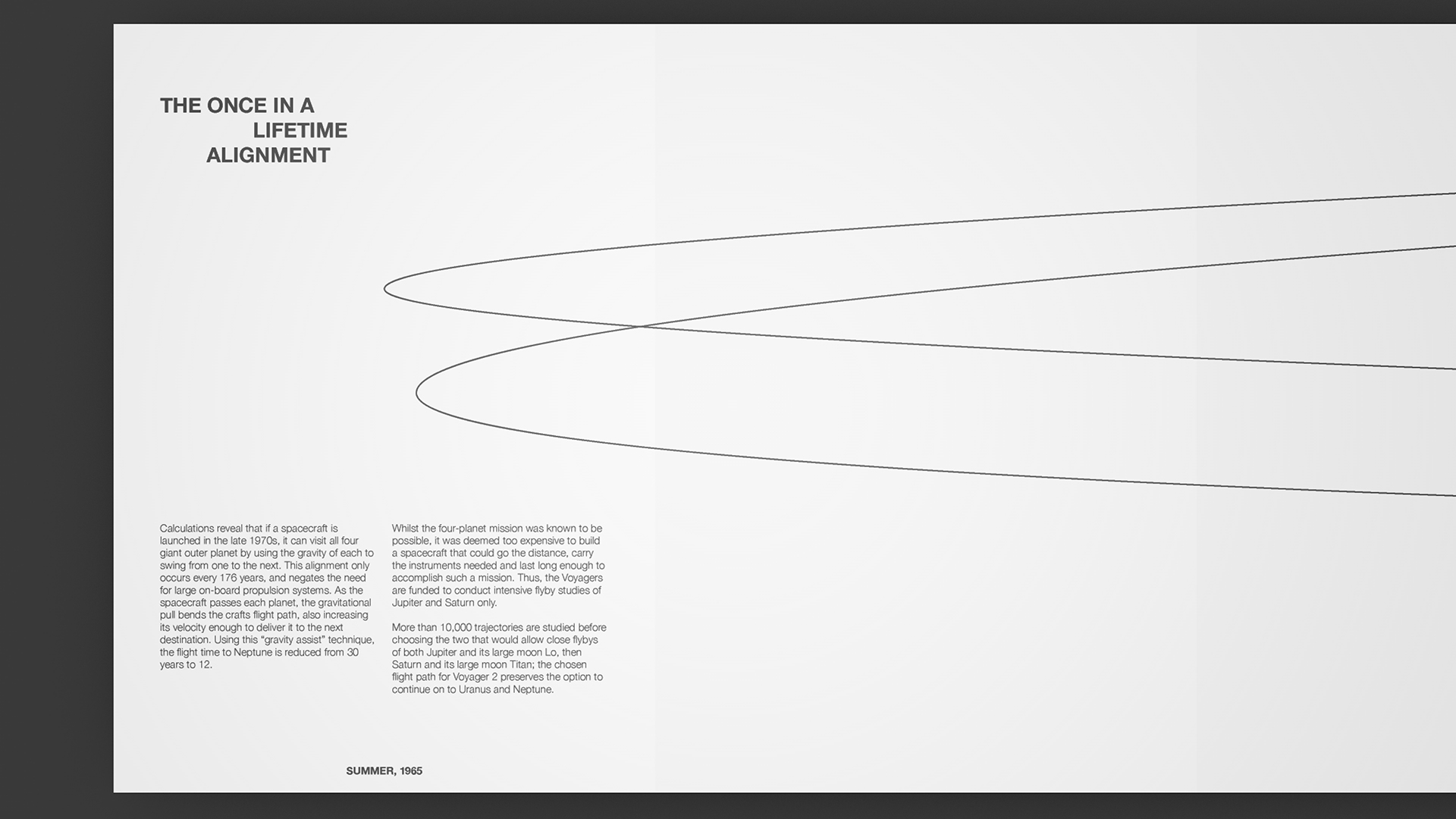 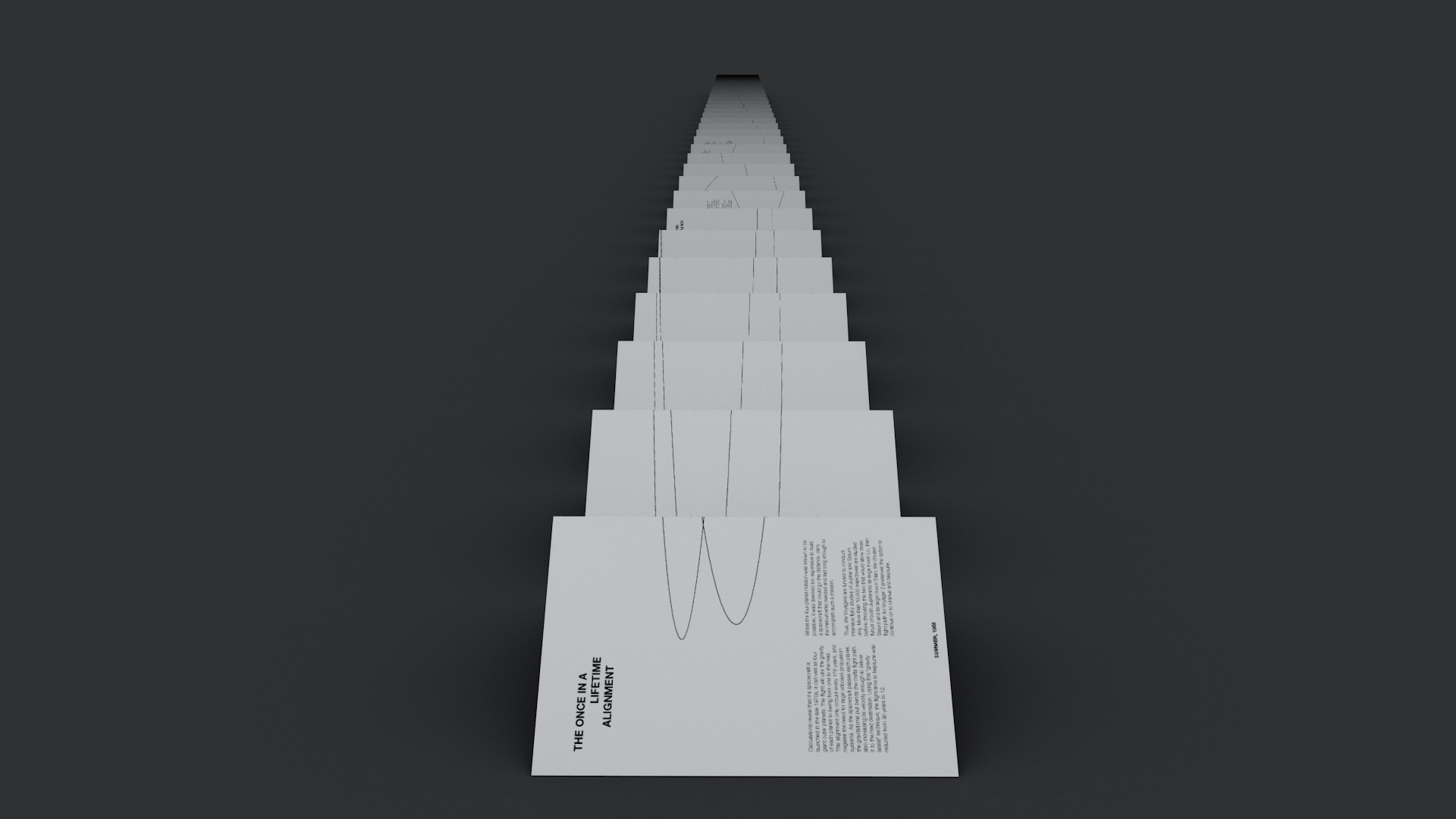 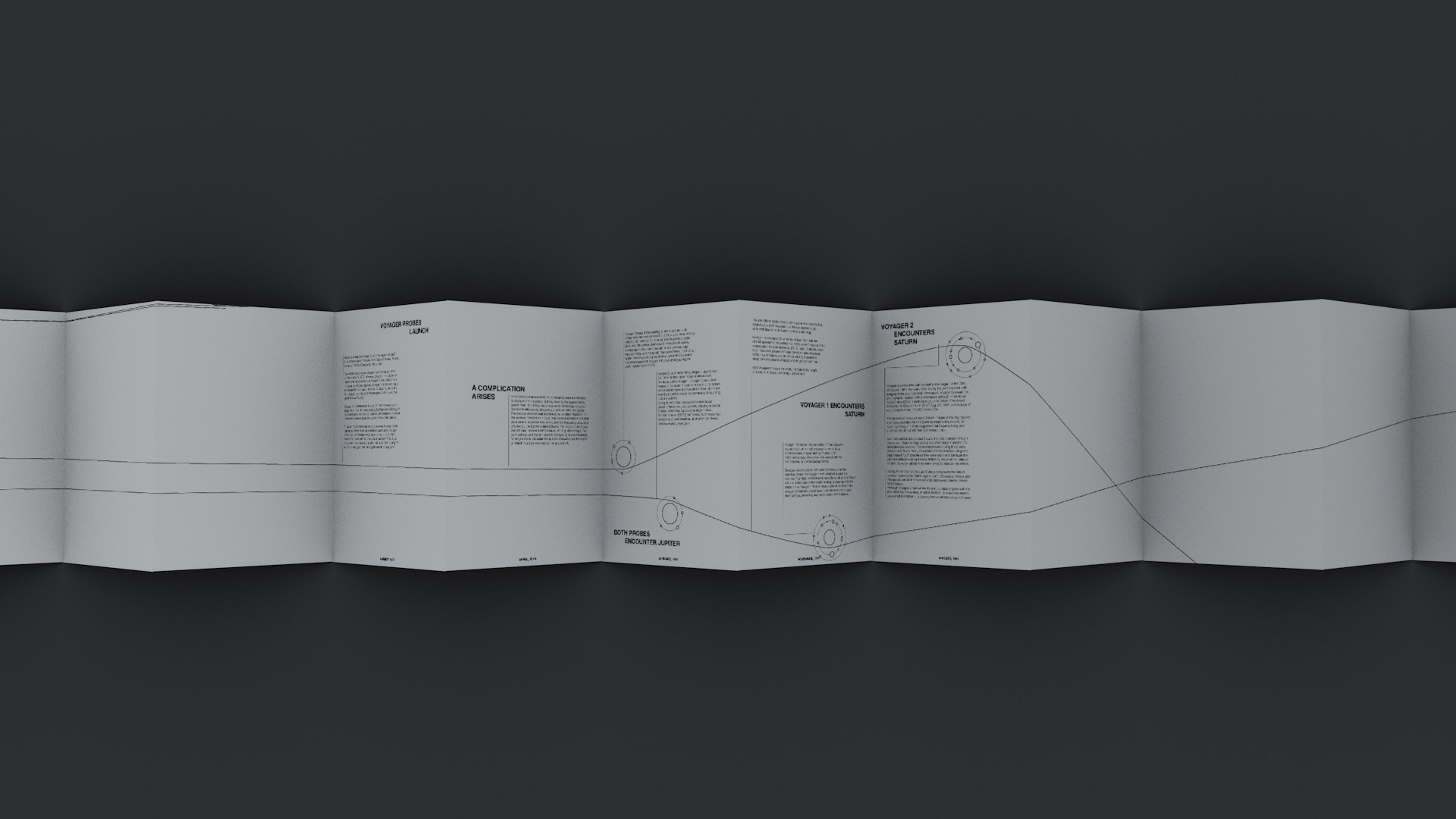 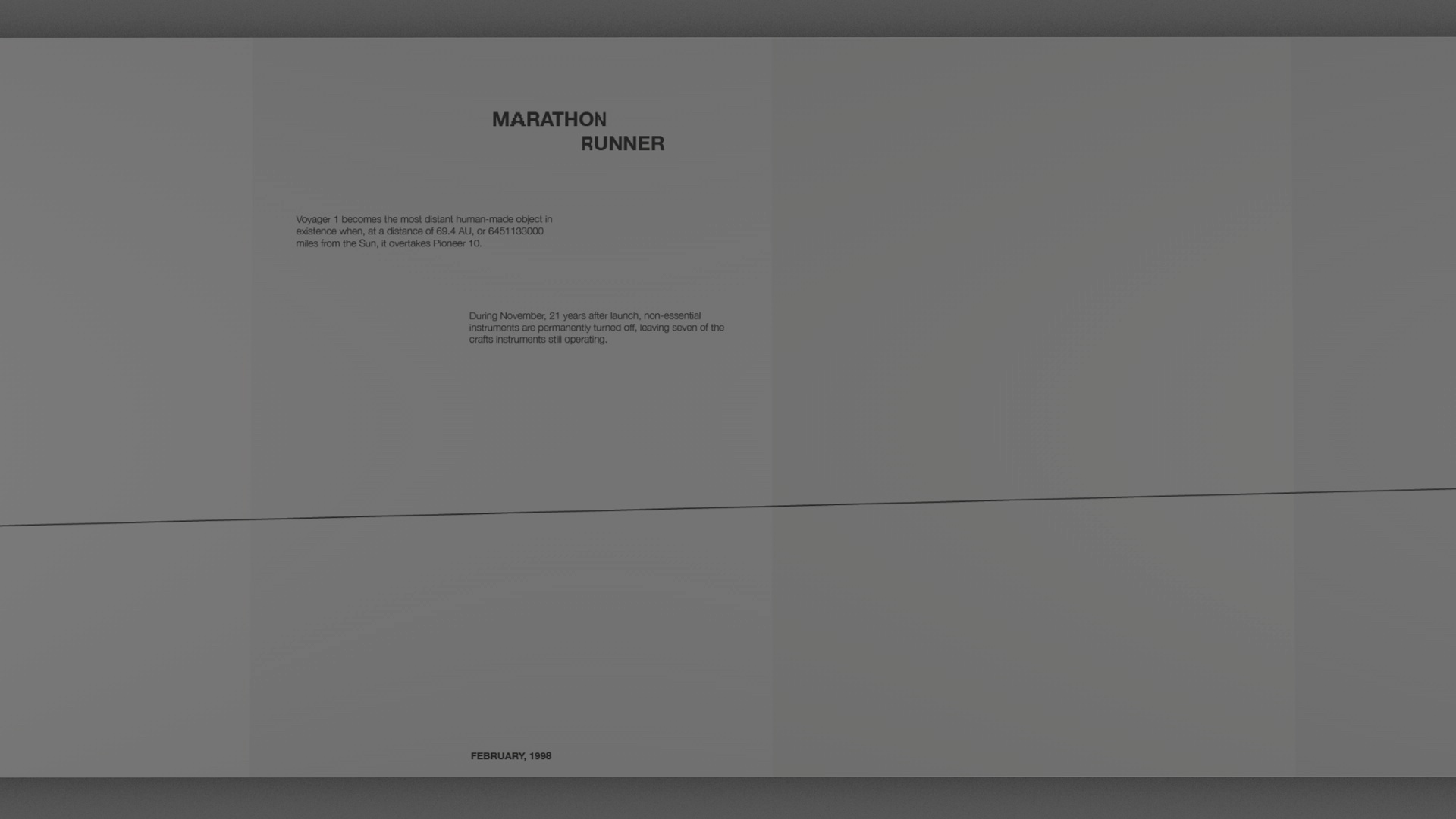 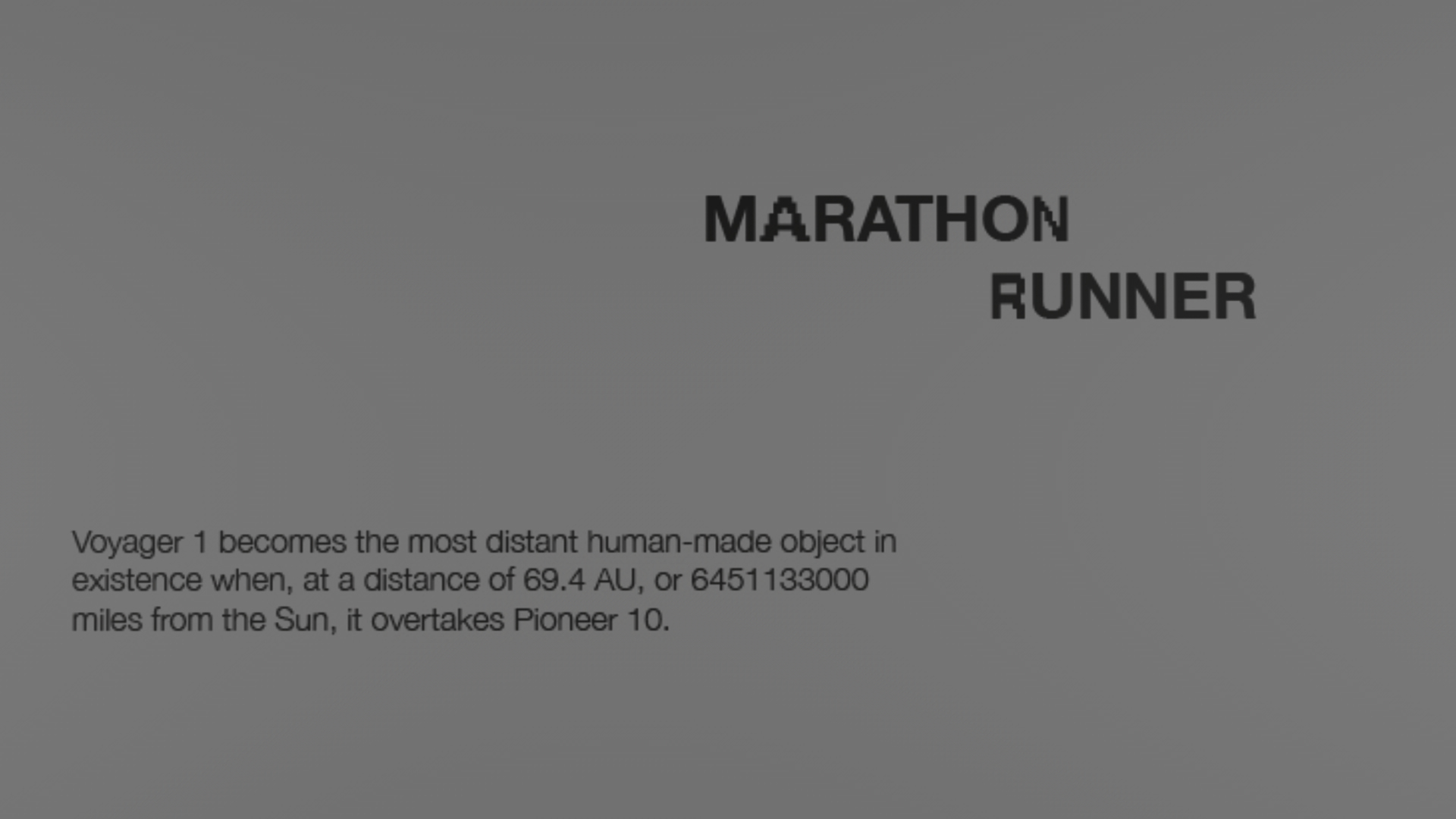 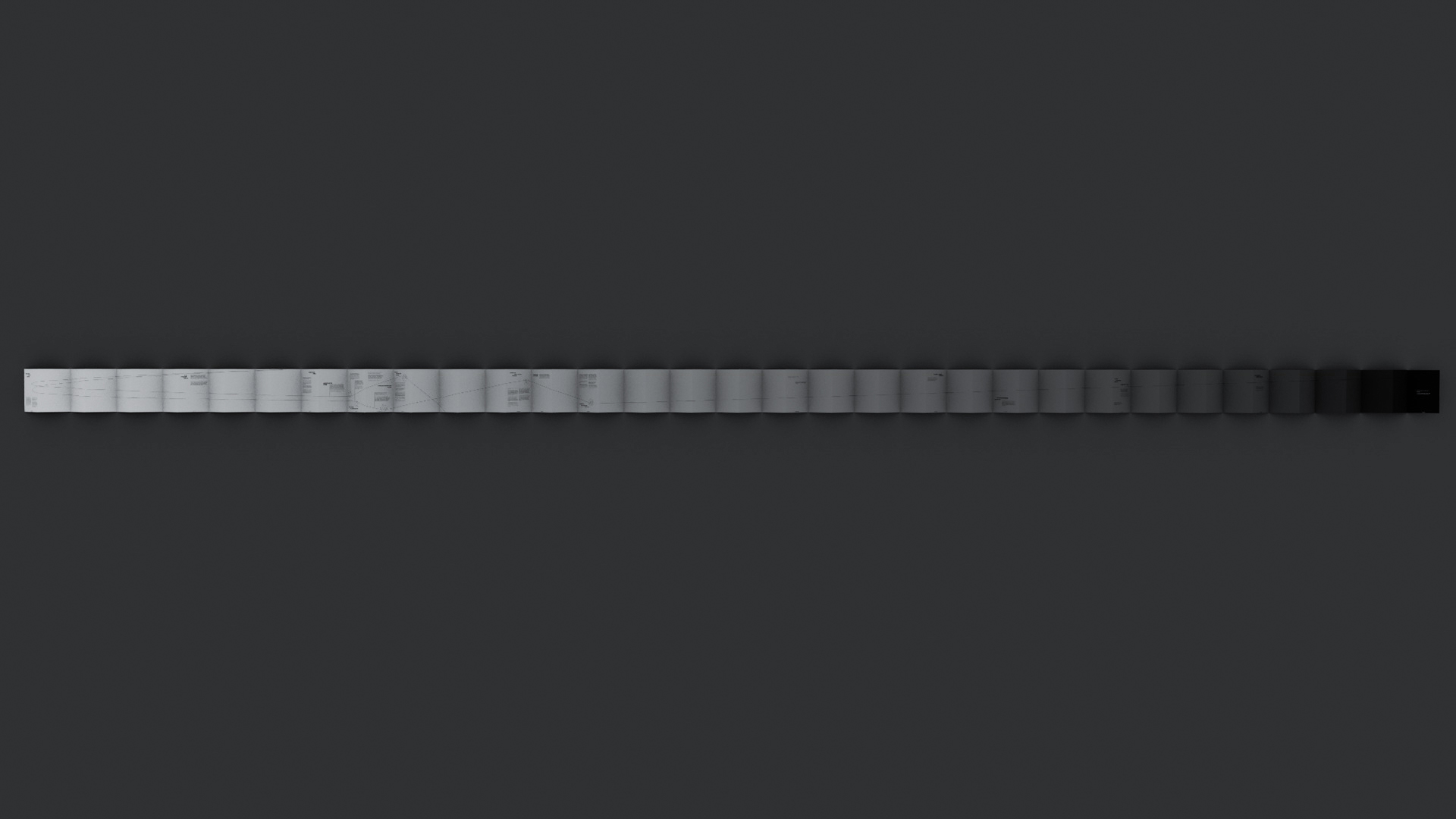