With COVID-19 effectively isolating the world from each other for an entire year — plenty of people have felt the loneliest they ever have.

Further, those living alone were unable to prepare to welcome friends back into their homes with furnishing, as often large flatpack furniture such as sofas requires multiple people to construct.

To combat this, I developed a campaign for IKEA in which they offered their assembly service free of charge to those living alone. This allowed those individuals to focus on improving the space that everyone has spent the lion’s share of time in as of late: home. 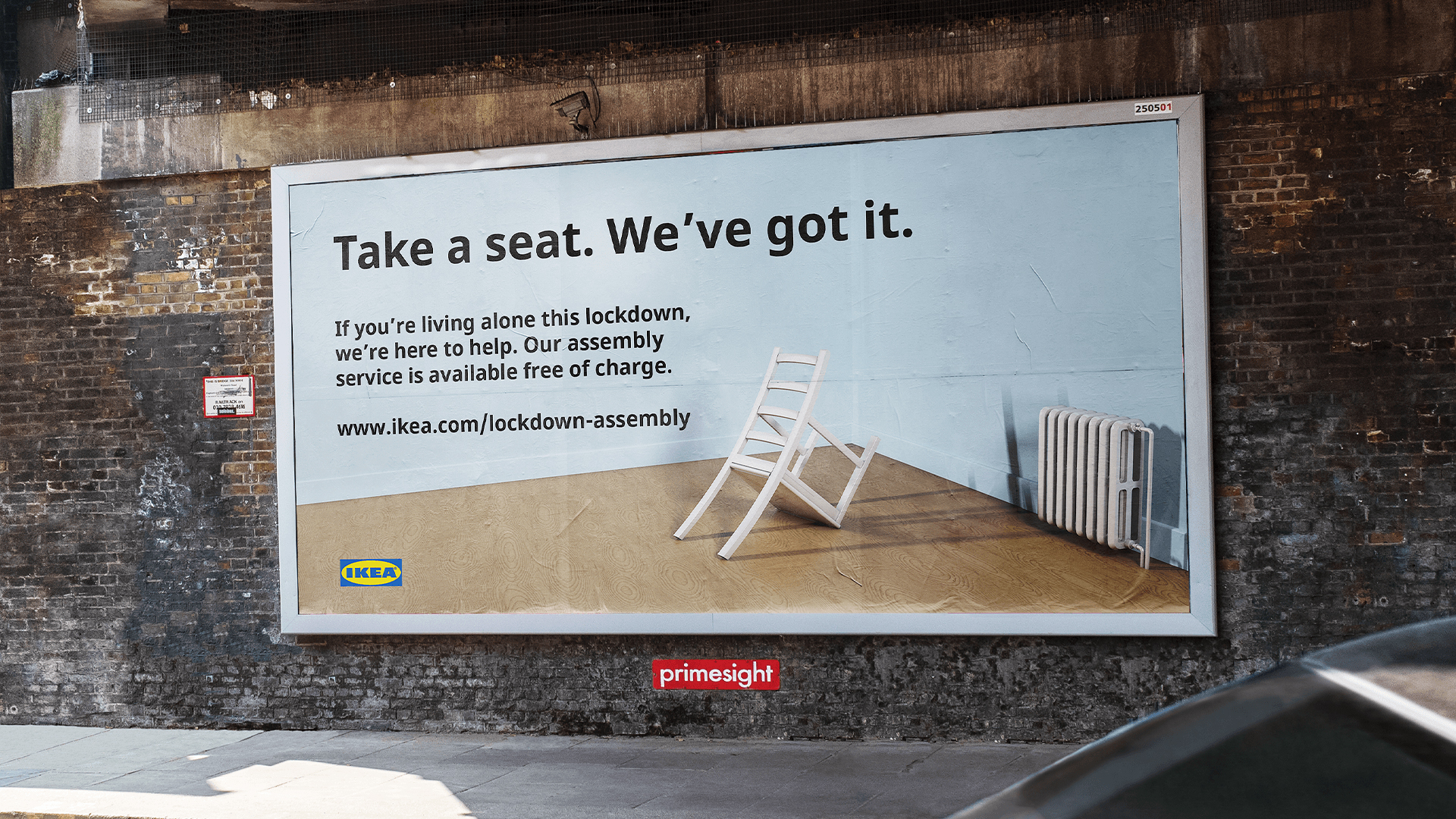 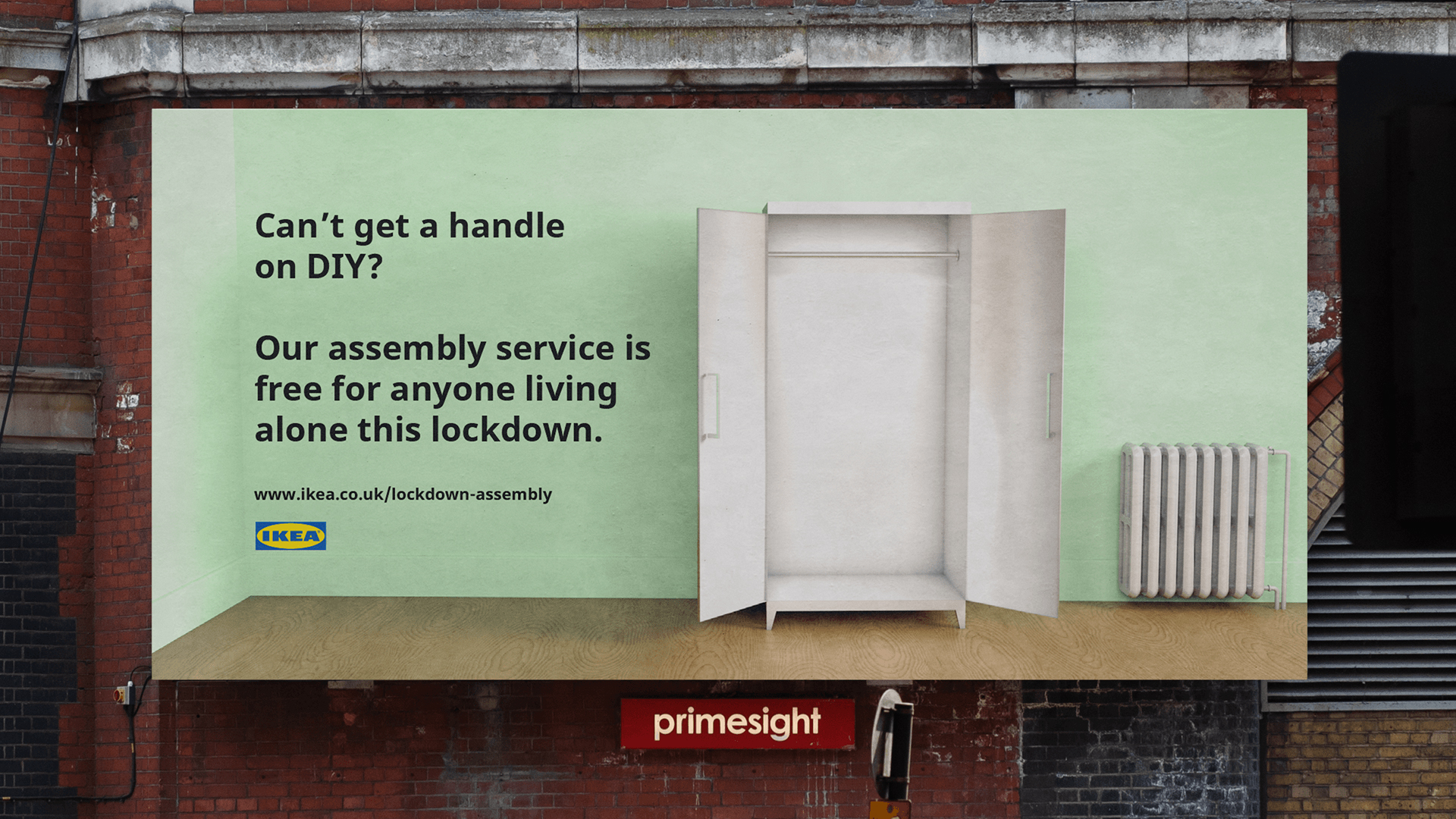 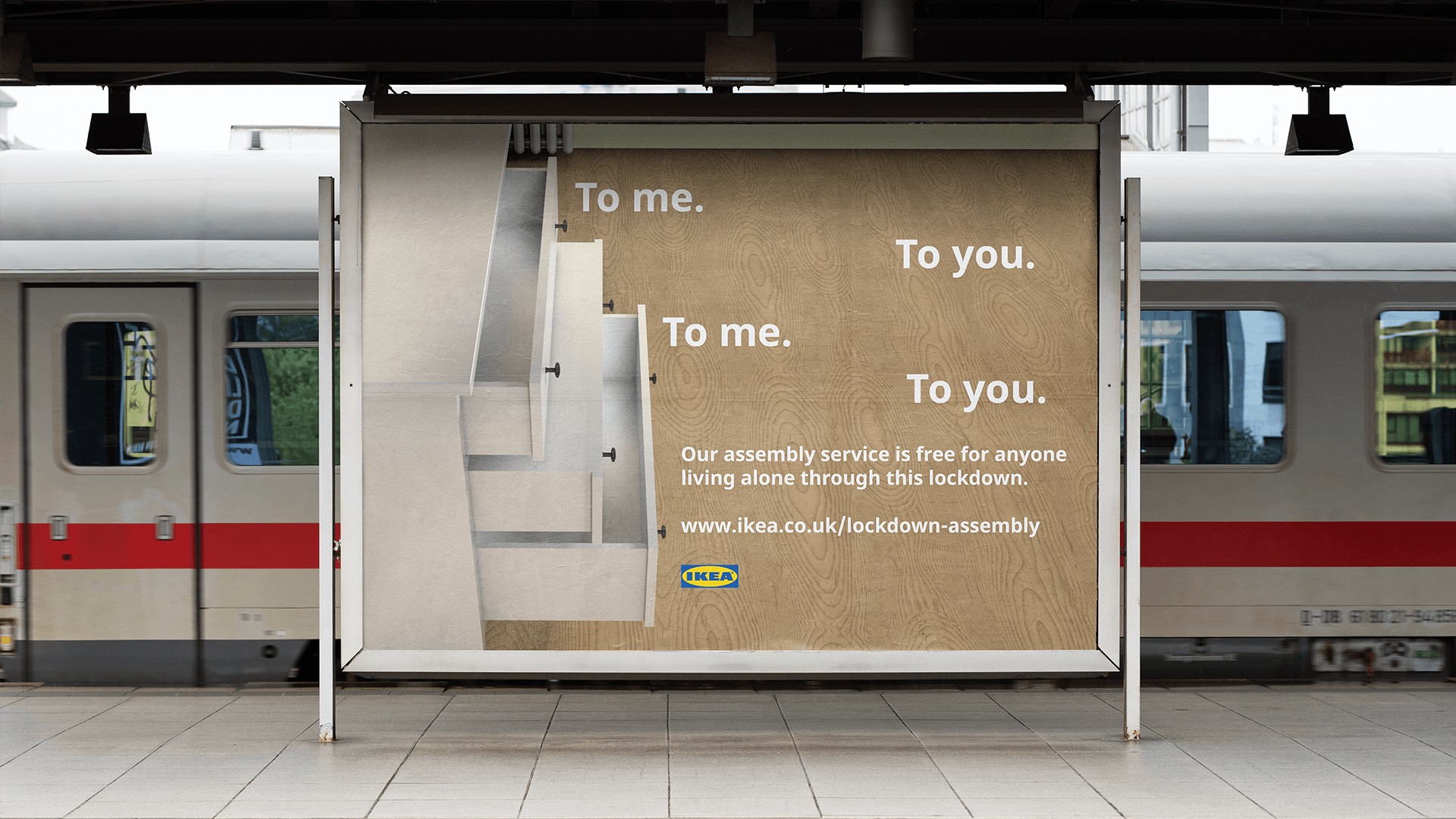